Last year, the GoPal robot from Robotize, an innovative Danish robotics company, was brought to Plus Pack’s production. The collaborative robot was introduced to help solving logistical tasks in the production.

The GoPal robot offers other advantages as well, such as minimising the risk of accidents. With a 360° view, it has full overview of its surroundings. Additionally, the robot gathers data such as the amount of orders it has delivered to the wrapping station, the distance it has covered and its total driving time. Lastly, it requires less space compared to other forklift AGV’s.

After the testing phase of the first robot went successful and the employees provided positive feedback on its assistance, Plus Pack brought yet another GoPal robot to the production. “We certainly plan to get more of these robots”, Simon Laigaard concludes. 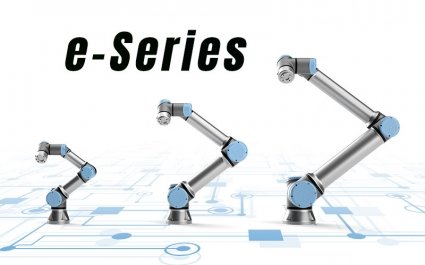 Plus Pack has signed a partnership with Universal Robots to test and explore new possibilities on how to use Universal Robot’s new e-Series of collaborative robots in production. 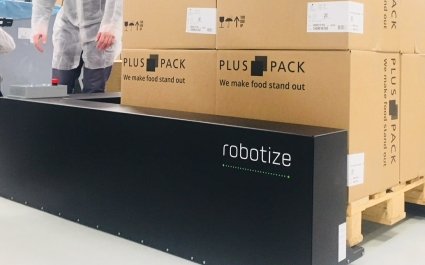 Intelligent robot moves in. Plus Pack has been working with Robotize, an innovative Danish robotics company who aims to become the world’s leading supplier of mobile robot solutions to optimise internal transport.

Involving employees in the test phase helped get a better understanding of how to successfully integrate the new UR10 robot arm from Universal Robots in the production.