Who is responsible for our waste?

The question arises when I talk to customers, colleagues and others who want to contribute to create the framework for a more responsible plastic consumption in the future. It often opens up to good discussions because few people have considered how waste is being handled around the world. At least until recently – something has happened in the flow of news. Never before have we seen so many photos and video clips of how plastic waste piles up in countries far away from Denmark. Even a deep-sea diver, which has recently visited the bottom of the Mariana Trench 11 kilometres deep in the Pacific Ocean, reports finding plastic. Naturally we think: How can this happen? Someone has to take action, we say to each other. But what if that someone were you and me?

I think it is time we understood that waste trade is a global market worth billions – in dollars. Given the 17 Sustainable Development Goals (SDGs) of the UN, the growing waste problem is a critical societal challenge. Sooner or later we must all relate to what actually happens to the waste we create through our consumption habits. It is no longer enough to solely consider how we can facilitate waste separation at home. We must also understand how the international community treats waste which we do not directly see. It requires one single unsentimental look at the current waste management systems, which many countries do not have in place at all.

Since China imposed a ban on the import of problematic plastic waste last year, massive amounts of waste originating from the West – the United States in particular – have been piling up on enormous landfills in several Asian countries. The fact is that today plastic waste can be exported solely by means of a trade agreement from a private operator in the recipient country. Oftentimes the trade agreement has big, unintentional, negative consequences both for the local communities and the environment.

The new global agreement on plastic waste is considered historical by the UN. Firstly, that is because the agreement was achieved so fast. The first items were presented in the autumn and the negotiations about its content took only 11 days, which breaks the record within the framework of the UN. Secondly, it is historical because the agreement is legally binding, thus forcing the global market for plastic waste to become more transparent. The agreement, which will enter into force in 2020, is part of the Basel Convention which has been regulating how dangerous materials can be transported across borders since 1992. The United States, which is one of the largest exporters of plastic waste in the West, is not a co-signatory to the global agreement. However, they will still be subjected to the agreement since it actually obligates all countries to ensure a sensible handling of waste – also in the recipient country.

The next historical agreement might be a European Plastic Pact which could potentially pave the way from here. In the beginning of April I participated in a plastic summit in Brussels as a Danish company representative. The summit was planned by the Dutch and the French governments, which is a historical move in itself. The objective was to mobilise a visionary network across European governments, private companies, NGOs and representatives of the European Commission, who will lead the way for promoting a more ambitious and sustainable plastics economy in Europe.

The goal is clear. We want a common European Plastic Pact in 2020. It will be interesting to see if the governments of Europe dare to go a step further and for instance introduce a total ban on exports of own plastic waste. I doubt it. The new global agreement on plastic waste is a strong political message to the world that each country must take responsibility for waste which is generated on a national level.

For a European Plastic Pact to set a new direction for the rest of the world, it should contain ambitious, concrete and measurable agreements, which first and foremost obligate countries to prioritise the efforts that can ensure a more decent and sustainable handling of plastic waste as soon as possible. There is no time to waste and no one should wait for others to do more. Each of us needs to do something.

Therefore, I hope that many people will take extra time for the upcoming elections to consider and vote for actors who can and will work for a more sustainable world – not only with words, but with concrete action.

45 years old and 4th generation in the Haustrup family who founded Haustrup Fabriker in Odense, Denmark. Today, the family owns and runs Plus Pack which is a packaging company with approx. 220 employees. Co-owner and board member in Plus Pack where she works today and is responsible for business development and innovation. 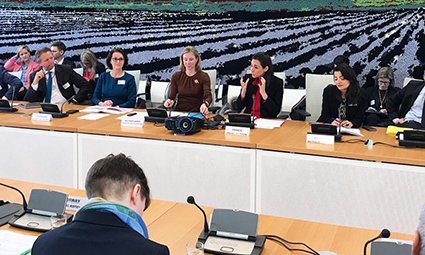 Plus Pack joined a high-level meeting in Brussels initiated by the Dutch State Secretary for Infrastructure and Water Management and French Minister of State for Ecological and Inclusive Transition. 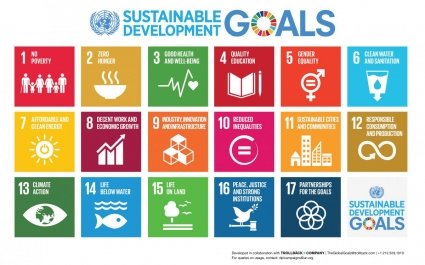 Plus Pack is participating in an ambitious sustainability project, which was jump-started during the UN’s general assembly in September 2017. 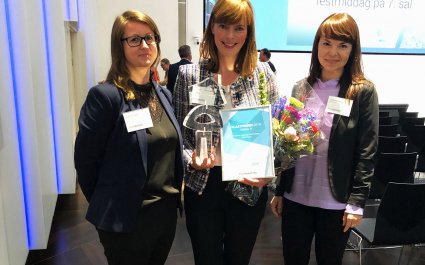 Camilla takes responsibility and she is an active participant in the plastics debate and in the discussion towards more sustainable production and consumption.